If you’re not getting ahead in life, perhaps your daily habits are limiting your full potential.

Do you feel like you’re going nowhere in life? Do you feel like you have so much left to give, but it just isn’t coming through? Or do you feel like there’s something within you that could make you better, but instead, you’re stuck wondering what happens next? Are you confused because you feel very dull and average?

These types of feelings often come with an inability to meet your full potential. To do so can be difficult, but it’s worth it for the success that comes with that level of self-enlightenment. Luckily, there are plenty of simple tips and tricks that can get you successfully started in the business of reaching your full ability.

12 Habits Of People That Limit Their Potential, And How To Avoid Them

Change is an inevitable part of life. That’s why those who are successful are never interested in fighting against change. They embrace change and all the challenges it entails. Along the way, they learn how to improvise impressively to all sorts of situations, whether new or old.

On the other hand, people who limit their potential complain about change, whether it is expected or not. They would much rather stay safe and stuck in one place than deal with the eventual switching of the seasons. As such, they never learn to adapt, and when the time comes when change is no longer a choice, but mandatory, they will crash and burn.

2. Not Having Goal Setting Habits

Setting goals is crucial because it gives you something to work towards. Having no direction in life always limits potential, as your energy is scattered and unsure instead of focused on the few things that motivate them. Here are some tips for setting positive goals:

3. Being Stuck In The Past Holds You Back from Your Potential

If you’re living in the past, it can be difficult to look to the future. Some examples of this negative habit are:

It’s okay to remember the past every now and then. But when you’re so obsessed with it despite being unable to change it, your mind gets occupied with that version of you that you were back then.

You need to move on and let go of metaphorical baggage in order to take the next step into a new chapter of your life. Don’t let the past hold you down forever.

Life gets hard. Work gets hard. Dating gets hard. But giving up is never an option. There is always a way for you to achieve what you want to, and losing hope is a real pity.

The next time you feel like giving up, just excuse yourself and take a break. Take deep breaths to calm yourself and think rationally. Identify the root cause of this natural “give up” reaction, then work on curbing those triggers.

With that being said, there is also wisdom in knowing when to give up. Some things just don’t work out, and it’s okay to come to the realization that it’s time to throw in the towel and focus your efforts elsewhere. Just don’t do it randomly or impulsively; make sure you really believe this is the best course of action first.

People who put everyone else before themselves are putting a limiter on what they can do. Their days are so filled with paying attention to other people that they are entirely unable to focus on themselves. And if they’re not a little self-focused every now and then, there’s no way to improve on their current state, preventing their potential from breaking free. There’s nothing wrong with prioritizing others. But learn to say “no” when:

People often forget just how much the health of the body affects the health of the mind. Even on a surface level, when you’re sick, you’re unable to function as well. Go more in-depth, and you’ll see that a lack of positive thinking is often directly related to being unhealthy. And we’re not even beginning to mention the effect that happiness has on physical health!

Neglecting physical health makes you tired, less productive, and more prone to diseases that can take ages to recover from. Ignoring mental health can ruin your entire outlook on life. So don’t forget to go to all your annual check-ups for physical health and practice self-care for mental health!

When you doubt yourself, you’re disrespecting your abilities and potential. Signs that you have a lot of self-doubting habits are as follows:

But you have a lot of potential living within you, and it’s only fair that some of it leak out into your everyday life, making you more sure of yourself! Do note that there’s a difference between being confident and being arrogant. You want to be confident, not cocky.

Your friend group should be loving and encouraging. You should all support each other, love each other, and trust each other. If you hang out with people who do the opposite, the chances are that they’ll just drag you down with them. Thus, you create a roadblock to your potential growth.

Sometimes, you just have to cut off negative friends. It’s a complicated process that can be painful, but being rid of toxicity is worth it in the long run.

Did your friend group get smaller because of this? Don’t fret! Studies indicate that small groups of good friends are more positive for your mental and physical health and large groups of average friends.

Risks are how we grow. When you stay within your comfort zone and never take (intelligent and calculated) risks, you wind up being stagnant. You simply cannot improve yourself or your life without taking leaps of faith every now and then.

To be fair, it’s understandable why you may avoid risks. Risks are scary and present a lot of questions about the future. Weighing risk vs. reward can be frightening, too. But dare to give it a go, and you’ll be surprised about the positive change that it can make in your life! Plus, as you go on, you’ll get better and better at choosing new habits that really pay off!

In many things in life, you have different options about how to do things. Most commonly, you’ll get the age-old easy way versus right way. If you want to unlock your full potential, you will probably want to do things the right direction.

The same goes for most other shortcuts in life. Plagiarizing work, taking credit for other people’s efforts, and paying your way to the top are all examples of “shortcuts” that are despicable to attempt.

This is not to say that short ways are never the best habits. Sometimes, things indeed are straightforward, and the best way is also the most concise way. But make sure you genuinely have considered all options before deciding to take an obvious shortcut.

Many people procrastinate, so much so that it’s become the subject of many an Internet meme or joke. The term refers to delaying something that has to be done until the very last minute time. It’s probably quite obvious why this limits your potential, such as:

It’s very easy to put things off, especially when it comes to daunting tasks. For some, this can make them even more productive. But if you’ve been pushing something aside for a week or more, it’s time to rub on that elbow grease, get your positive thinking, and get to work! 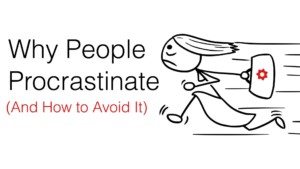 12. Not Working On Yourself

Are you content with how you are now? Successful people rarely are! This doesn’t mean they don’t love themselves – it just means that they are always trying to get better. They don’t want to be second-rate, or mediocre, or even above average. They want to be somewhere on top.

A big part of achieving your full potential is by repeatedly growing and learning. The moment you stop growing as a person in a positive way is the moment your potential is lost. To keep yourself fresh, you can: 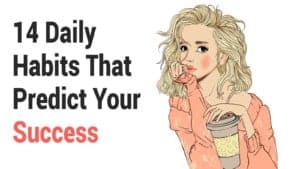 You contain multitudes. You can do anything that you set your mind to. If this is the case, then why limit yourself? With releasing these poor habits, you’ll start working on your personal issues and slowly build up your confidence and ability until your potential can be unleashed in all its glory. You’re worth the effort!

The post 12 Habits of People That Limit Their Potential (And How to Avoid Them) appeared first on Power of Positivity: Positive Thinking & Attitude.

Like story:
tweet
Which of the 16 Myers Briggs Personality Types Are You?
9 Reasons You Should Never Ignore Your Gut Instinct